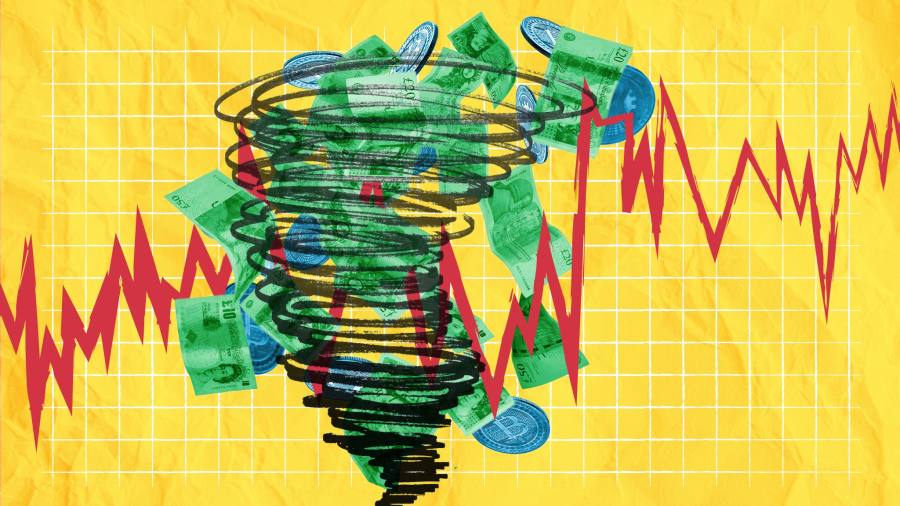 You may have missed this amid all the talk of heat and drought and the cost of living crisis, but equity markets in Europe and the US have enjoyed a remarkable summer bounce.

Having plummeted for much of the first half of the year, Wall Street’s S&P 500 has climbed 12 per cent in a month, Europe’s Stoxx 600 has risen 4 per cent over the same period and the MSCI All-Country World Index is up by just under a tenth. After a dismal start to 2022, technology stocks are once again performing well. As Harvest Volatility’s Mike Zigmont, says: “Bulls like to party.”

But recent investor optimism rests on shaky foundations. Russia’s invasion of Ukraine looks set to trigger recessions in countries heavily dependent on the aggressor’s oil and gas. Meanwhile, consumer sentiment is dire despite low rates of unemployment, and across much of the west inflation is as hot as it’s been in 40-odd years.

The US Federal Reserve and other central banks are talking tough as a result. Bond markets — in the US at least — have turned decidedly dovish, with prices rising and yields dropping again. Some investors clearly think tighter monetary policy is set to trigger economic downturns, which will eventually pave the way for lower rates.

Elsewhere, the cryptocurrency market is in disarray, China’s economy is slowing and a strengthening dollar has left lower-income countries facing soaring debt obligations. The spectre of stagflation looms large across the board.

So where to put your money? A particularly tricky question for British investors, with the government in disarray pending the end of the Tories’ leadership election.

Going out on a limb with investment advice in the illiquid dog days of August is risky business. “The one thing that we can say with some confidence is